Hurricane (Squadron 303) is the story of a group of brave Poles who fought in the skies over England in WW2, not just to keep Great Britain free from the Nazis, but also to keep alive the very idea of their own country, which had existed in its modern form for barely twenty years before it was crushed between the opposing jaws of Germany and Russia. Equipped with the almost-obsolete Hurricane and (with some initial reluctance) given RAF blue uniforms, while they fought, Poland lived.

1940. Great Britain stands alone in Europe against the growing stain of the rampant Nazi empire, its nervous inhabitants wondering what the future holds. But a handful of people on this beleaguered island know only too well what one possible future might hold. They have seen Warsaw burn, Poland crumble, France capitulate. Men like Jan Zumbach, Witold Urbanowicz, Miroslaw Feric and Tolo Lokuciewski, pilots of the Polish Air Force, who know that if the Luftwaffe isn’t stopped, then Poland, Holland and France were just Hitler’s hors d’oeuvres. So they are ready to fight, if they are given the planes. The problem is the British don’t trust ‘the bloody Poles’. And so the pilots, strangers in what seems a very strange land indeed, will over the course of a few months have to fight several wars at once – with the xenophobia of the authorities and the public, with the language, the unfamiliar Hurricane fighters, with the battle-hardened Luftwaffe. But once they are reluctantly made operational by the RAF, the Polish fighters show what they can do, out-gunning the enemy and out-scoring their allies. The once hostile British fete the Polish flyers as heroes – saviours, even. Now, though, the Poles have a fresh enemy – themselves, as nerves and fatigue take a terrible toll on men pushed to the limit by constant aerial warfare, fighting to save their own country above a foreign land. Not all will make it. Not all friendships will survive. And when it’s over, Jan Zumbach will contemplate a pyrrhic victory, as Poland is handed over to Stalin’s puppets. 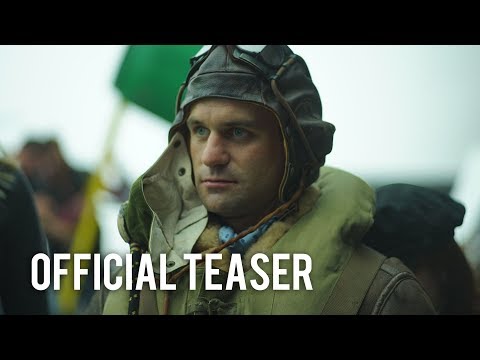 Vlad the Impaler - the Real Dracula

This category is intended for persons 18 years of age and older. Please DO NOT ENTER if you are under the age of 18. This category contains material with visual images, video, audio, text descriptions and consenting adults engaging in acts of a sexually-explicit nature. If it is illegal for you to view and maintain adult material, please EXIT now.

By moving forward and confirming you are 18 years and older, you are choosing to be exposed to adult and sexually explicit material. The onus is on you to abide by all lawful regulations regarding adult material and your proactive choice takes all responsibility of any personal repercussions from all exposure to HWC Flix 18+ section and community standards. The originators of this HWC Flix and service providers will not be held liable for your choice to move forward.